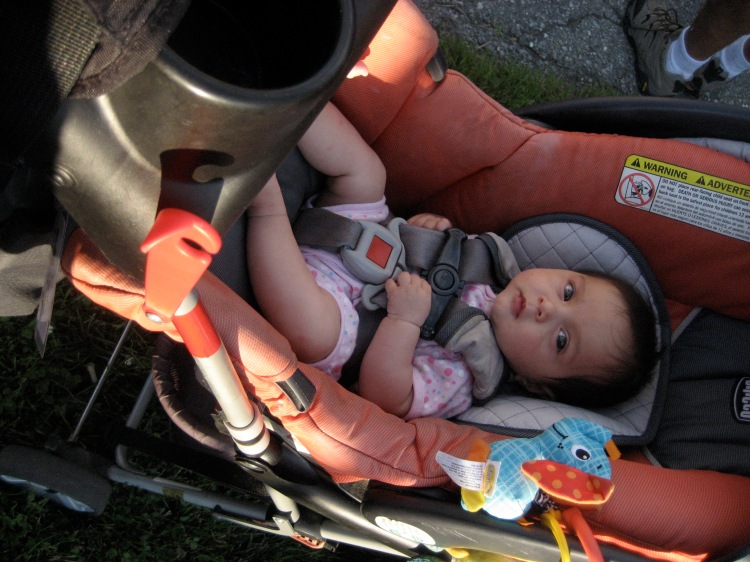 Last week, I published a post called, “And Down Will Come Baby” as part of Momastery.com’s “Messy, Beautiful Warriors” Project. First of all, thanks to those who read it and liked it and posted nice comments — no small thing, because it was looooong, as posts go.

That post was a combination of two previous posts from The Pickle Patch, both about the various ways I’d done stupid, clumsy things that endangered or hurt my children. And yes, it was long, but let me tell you: I spent the better part of a month editing it down, trimming off extraneous words. Out of necessity (or, out of respect for the number of times readers are willing to scroll down in a post), I omitted some things. But I think they’re things worth saying, so here goes:

The “takeaway message” of “And Down Will Come Baby” is that we can’t keep our kids from getting hurt — sometimes, despite our best efforts, by ourselves. But accidentally hurting my children (whether physically or emotionally) has taught me about grace (I need forgiveness from my children and myself), and about my daughters’ resilience.

What I left out are the lessons I’ve learned from other people’s reactions to my parenting fails. Namely: my husband and my mother.

My husband has never, ever (to my knowledge) done anything to endanger our girls; never put their carseats too close to the stairs, dropped them from the bed, cut their fingers, or flipped them out of their strollers. Unfortunately, he’s had to remind me of this fact several times when I’ve criticized his own parenting skills.

For instance, a short time (a very short time, like, maybe, minutes) after I put Fiona’s carseat too close to our stairs and watched her slide backwards, I was nitpicking Erick about something. I can’t even remember what it was; probably that he didn’t cut up her food small enough, or put her diaper on tight enough — something small and ridiculous. And Erick looked at me in exasperation and said, “Hey, I’m not the one who just dropped our daughter down the stairs!”

If you don’t know Erick, that sounds harsh. If you DO know Erick, then you can only imagine how annoying I must have been to make him snap like that. But the point is: He was exactly right.

I find that the times I judge Erick’s parenting — or anybody else’s parenting, really — are exactly those times when I’m feeling the most insecure. After Fiona’s carseat took the plunge, I felt like a complete failure as a mother. So I reacted by trying to find something, anything in Erick that would make me feel superior. I may have let her slide downstairs, but at least I cut her food into small enough pieces!

Of course, this doesn’t just apply to parenting. Whenever I find myself becoming critical of someone else (especially poor Erick), I usually need to step back and consider exactly what I’m feeling guilty or insecure about.

2. The Mother: Everyone has something.

It’s extremely difficult for me to imagine my mother ever making a mistake. She’s a perfectionist, she’s incredibly careful and thorough in everything she does — and she only had one child. (Me).

I published the original “And Down Will Come Baby” post on Mother’s Day, and ended it with well wishes for my mother — who, I said, had certainly never dropped me.

My mother happened to be visiting us when that post came out. She read it, and then walked over to me and gave me a big hug. “Oh, sweetie,” she said, “you fell off of the changing table.”

What my mother’s confession revealed to me is that everyone has a story. I never thought, back when my own baby-dropping incidents occurred, that I’d ever share them. I was mortified, certain that if anybody knew how I’d blown it as a mother they’d…I don’t know, not like me anymore?!? But through simply sharing my stories, I learned that my mother still loved me, and she’d done the same thing!

And not just my mother, either; after “And Down Will Come Baby” appeared through “Messy, Beautiful Warriors,” I was barraged by baby-dropping stories, both from people I know and people I don’t. Apparently, babies are flying through the air at an alarming rate. But we don’t know it, because nobody talks about it. And my guess is that nobody talks about it because we’re embarrassed that we’ll seem like bad parents, because…nobody else ever mentioned dropping their baby, right?!? It’s a cycle of repression that keeps us under guilt’s thumb.

I think it would be great if parent education classes included this little bit of information: “At some point, you will probably drop your baby. Or nick them while cutting their fingernails. Or fail to properly supervise them and they’ll hurt themselves. You will feel terrible, but it happens. And your baby will, more likely than not, be okay.”

Until that happens, I’m convinced of the power of sharing our failings, embarrassments, and insecurities with others — especially with new, terrified parents. Because “Me, too!” is one of the best phrases out there — “Me, too!” encapsulates the best part of being human. And you can’t get a “Me, too!” without first submitting a “Me.”

One thought on “Postscript: After Dropping the Baby”