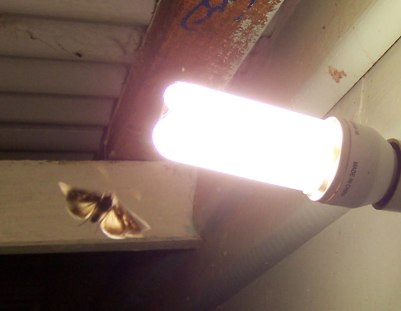 This is the first part of a 3-part series about our son’s adoption, which was just finalized last week.

“Who knows, really, where dreams begin? Perhaps they first take shape in the unknown realms of sleep or in the far corners of our consciousness, gaining size and substance off in the distant wings of awareness, until one day, just out of the corner of your eye, you see it – the hazy shape of a new idea that is suddenly too big and insistent to ignore.”

–Katrina Kenison, The Gift of an Ordinary Day.

It started as a gnawing at the back of my mind, vague feelings that flitted through my brain like moths around a porch light.

“I don’t know what, but I just feel like there’s something more that we should be doing,” I’d say to my husband as we sat on the couch at night after the kids were tucked into bed.

This started in the spring of 2015. Our family had been happily settled in Vermont for four years. Erick was halfway down the road to tenure in his job as a professor of economics at Middlebury College, and was about to begin his sabbatical year. We had four daughters, between the ages of two and seven. I was busy at home with the girls, but also found time to maintain a blog and write bi-weekly columns for our local paper; I’d recently completed a draft of my first book. Life was good.

Maybe that’s why I was feeling unsettled: because life was starting to feel too settled. I start getting twitchy when life gets too comfortable. In my experience, comfort is the start of a spiritual death spiral: Life feels easy, so I stop paying attention, I stop caring as much, I fritter away time, I lose my edge, and my soul curls up and goes to sleep.

Or maybe it’s just that I was turning 40 that September.

But Erick felt it, too. Our approach to life is shaped by our Christian faith, so when we both started feeling these stirrings and rumblings we didn’t attribute them to something we ate, or something we read, or turning 40; we figured that it might be possible that God was trying to get our attention.

We talked, we prayed, we thought, we talked some more.

“I just feel like there’s something more that we should be doing.” The question was: WHAT?

This wasn’t about making ourselves feel better, earning pats on the back from others or from God. It was more about getting outside of ourselves, sending love out into the world in a fresh, bold way. Like Miss Rumphius in Barbara Cooney’s picture book of the same name, we wanted “to do something to make the world more beautiful.”

This was not the ideal time to add something more to our life, which was already quite full. Four young children kept us running, and also limited our bandwidth.

Not only that, but in January we’d be traveling across the country to spend the semester in Berkeley, California, where I’d homeschool our two school-aged daughters for the first time while Erick did research at his alma mater, UC Berkeley.

Oh, and did I mention that we were in the process of buying a new house in Vermont? This house was part of our vision of living closer to the land, raising animals and growing more of our food. It sat on 12.5 rolling acres. The only problem was that the house itself was a mess, requiring a down-to-the-studs total renovation. And the garden plots and animal pens? They didn’t exist. We put our current house on the market, authorized a contractor friend to handle the renovations on the new house while we were away, and spent hours over at our new property shoveling dirt and lugging the stones we uncovered.

I realize that all of this may seem at odds with my original claim that life was getting “too comfortable.” But this is the kind of climate in which I thrive, when life is full of love and purpose, and big dreams are being followed – just as long as I have enough coffee, chocolate, books, and quiet alone time to recharge my deeply introverted self.

Still, even with all that was happening, both my husband and I couldn’t shake the feeling that there was something else we were supposed to be doing.

Then one afternoon I opened our local newspaper, and the front-page story brought everything into focus. The story was about Vermont’s opioid epidemic and how it was causing a massive increase in the number of children placed in foster care; between 2014 and 2015, the number of Vermont children taken into custody increased by 75%.

There are children out there who need homes, I thought. We adore children, we’re a stable family with plenty of love to give, and we have a home that we could open to more children.

I discussed it with Erick, and it seemed so glaringly obvious, it was hard to imagine why we hadn’t thought of it before. Fostering or adopting fit our particular skill set, was something our family could do all together, and the Bible – on which we base our lives – makes clear that faith-in-action involves caring for orphans (and all other disenfranchised peoples.)

First, though, we had to go on sabbatical and then move into our new house in Vermont. We agreed to spend the intervening months thinking and praying about foster care and adoption.

So we went to California. The entire time, it felt like foster care and adoption were stalking me: In books and articles I read, in interviews I heard, in email updates from friends, I kept bumping into stories of children who needed homes and the families who welcomed them.

After we were settled into our new house in Vermont, we began pursuing foster care. Erick was drawn to foster care as a starting point, since it’s often a temporary situation: The goal of foster care is to reunify the child with his or her birth parents. Erick thought this might be a way of “easing in” instead of cannonballing right into the pool of adoption.

We filled out some paperwork, met with a social worker from the Vermont Department of Children and Families (DCF), completed a home study (basically a tour of our house with an emphasis on safety), and were added to our county’s list of potential foster families.

And then we waited. We waited and waited. Even though the Vermont foster care system was (and is) overloaded, we received very few calls about children needing placement, and none of those calls met our lone criteria: That any child we took in be younger than our youngest daughter, who was three at the time. (Our daughters have a strong sense of birth order, and we didn’t want to shake things up more than necessary.)

It was our first of many experiences with waiting, but honestly, I didn’t feel frustrated or anxious; I felt relieved. As usual, there was a lot going on in our house. The homeschooling that began as a temporary situation while on sabbatical had turned out to be one of the best parts of sabbatical. Our two oldest daughters wanted to continue homeschooling, so not only were we adjusting to a new house, but we were all getting settled into a new school routine as well. In retrospect, it’s hardly a surprise that some of our daughters weren’t enthusiastic when we introduced the idea of fostering a child: They’d had to adapt to so many changes over the past months, and now we were throwing a baby at them?!?

Truth be told, the idea of getting a call that a child needed a home today felt a little overwhelming to me, as well.

We used those months of waiting to do more research on adoption and foster care. We met and spoke with multiple people who had adopted and fostered, we read books and articles, and we continued to talk and pray.

The more we learned, the more it seemed to me that fostering might not be the “easing in” scenario that Erick had envisioned. Yes, it can be a temporary situation, but it’s also extremely wrenching for all concerned. Foster care placements typically happen very quickly, as the result of a family trauma. And while a foster child would live with our family, there were limits at how much they could be part of our family. (I could not, for instance, homeschool a foster child with my own children, but would be responsible for transporting them to their current school.) There would be regular supervised parental visits, in pursuit of reunification. And that desired-for reunification meant that this child, to whom my own children would grow deeply attached, might have to leave us.

I think that foster families are heroes, and I am honored to count some of them as my friends. We have kept up our foster care certification and it remains something we might consider in the future. But based on where our family was at, foster care looked like a more confusing, difficult, and emotionally draining scenario than straightforward adoption. In adoption, at least, I figured that the child entering our home would be more clearly our child from the outset.

I discussed this with Erick, and we spent a lot more time talking and praying. (You’re probably sensing a theme here.) He was just starting the process of applying for tenure, so he had – to put it mildly – a lot of things on his plate. By this point, I was feeling confused: It had seemed so clear that opening our home to a child was something we should pursue, but it just didn’t appear to be working out. The foster care system, which seemed less and less right for us, wasn’t exactly knocking down our door. Our own children were lukewarm on the idea. Adoption felt like a big, scary choice. Maybe I’d misunderstood what we were supposed to do.

“I just wish someone would drop a baby on us, so we’d know for sure!” I moaned, more than once.

In the summer of 2017 – if you’re counting, that’s two years after we first felt nudged towards adoption – I went on a weekend retreat in the Vermont mountains. Just me, some books, and my laptop. On the agenda were resting, writing, and doing some serious praying about adoption.

I’ll be honest: At this point, I fully expected God to give me a pass. I thought I’d pray about adoption, and God would say, “You know what, Faith? You’ve given it a good shot, but it’s just not what I want your family to do right now. Guess you must’ve heard me wrong the first time.”

Now, this might sound a little woo-woo, so I want to be clear: I am not in the habit of hearing voices, certainly not the voice of God. In fact, most times when I’d like to hear directly from God, He’s maddeningly silent. I can count on one hand the number of times I’ve felt that God was giving me direct, clear instructions. This was one of those times.

I prayed alone in my room in the mountains. I waited for God to give me a pass. And instead I heard — as clearly as if God was sitting right next to me: “Keep going.”