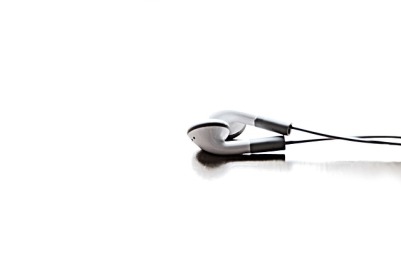 Before I had children, back when I was a twenty-something elementary school teacher in New York City and had just started dating my future husband, I used to watch the quirky television sitcom Ally McBeal. Though most of that show has sunk into the mists of my past, one moment sticks with me: the episode when Ally’s therapist tells her to pick a theme song for her life (and Ally spends the rest of the episode bopping along to “Tell Him.”)

This episode confirmed what I’d always felt to be true: Life had a soundtrack.

My life, at least, always seemed to have a soundtrack. As an only child, records (the kind that spun on a record player) filled the silence instead of siblings: Some of my earliest memories are of playing alone while listening to records of classic musicals – My Fair Lady, Annie, The Sound of Music, Guys and Dolls, The King and I. Later, the musicals were replaced by my parents’ old Cat Stevens and Beatles albums.

There were cassette tapes, too, especially after I started school. My first cassette was Michael Jackson’s Thriller. By middle school, we were making and exchanging mix tapes (lots of Billy Joel, as I recall.)

My first CD was the soundtrack to Disney’s The Little Mermaid. CDs remained the primary music media into my Ally McBealdays: We’d buy the latest album by U2 or Sting at Tower Records or Barnes & Noble and listen to it on our stereo or portable CD player. As a newlywed graduate student, I traversed Manhattan to a soundtrack of Tori Amos and Counting Crows.

The Dixie Chicks will forever be the soundtrack of my first pregnancy; Mumford & Sons accompanied my second.

But I worry that I’ve deprived my own children of a soundtrack for their lives.

One thought on “The Search for a Theme Song”