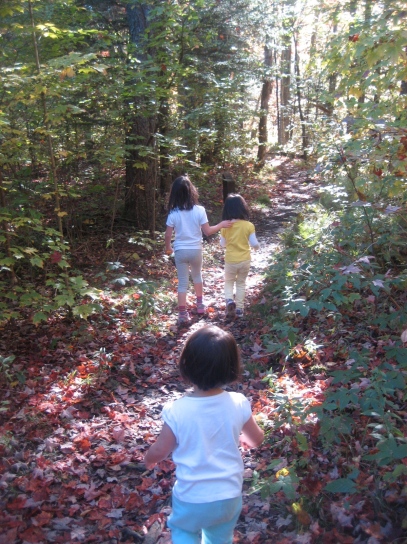 Last month, I went to the dentist for my semi-annual cleaning and check-up. I always feel a little smug about going to the dentist, because I have great teeth. I’m not bragging, that’s just the truth. Much to my disappointment back in middle school when everybody else was getting braces, I never needed any orthodontia. I also take good care of my teeth. Not as good as Erick, who is a total tooth nerd (he brings his toothbrush to work with him, and the first thing he does when he gets home at night is rush upstairs and use his water pick), but I brush at least twice a day, floss every night, and visit the dentist twice a year. In my entire life, I’ve only had two cavities, both of which were of the minor, “we’ll just fill it before it becomes a problem” variety. So visiting the dentist is usually an ego boost for me, because everybody makes a big deal about what great teeth I have.

This time, I had six cavities.

You read that right: SIX CAVITIES.

I don’t even know how it’s possible to get six cavities in the six months since I last saw the dentist. I didn’t slack off during those six months: I used a Sonicare electric toothbrush daily and continued to floss every night before bed. Yet somehow I ended up with SIX cavities. I’m now a cautionary tale for dental health in our house. “Brush your teeth,” Erick tells the girls, “You don’t want to end up like your mother with SIX CAVITIES!”

Six is so many cavities, I couldn’t even have them filled all at once. Instead, I had to make two separate appointments, each of which was longer than an entire episode of “Today with Kathie Lee and Hoda.” But as much as I’d usually consider laying in a dentist’s chair watching “Kathie Lee and Hoda” a mini-vacation, I couldn’t hear Kathie Lee OR Hoda because I had a drill vibrating in my head. That, and my dentist tends to hum the entire time he’s working. When I finally made out what he was humming, it turned out to be “My Way.” Which seems like it must have some significance.

When this ordeal was over, I asked my dentist (out of the side of my mouth that still had sensation) how I could have possibly ended up with six cavities. He dismissed all of my theories (pregnancy, non-fluoridated water, UFOs), and said it probably boiled down to this: I’ve been pregnant so much that they haven’t been able to take dental X-rays for over a year, which is how they ultimately found the cavities. Also: AGE.

Yes, age. Despite all of my efforts, my dental health is crumbling because I am getting old.

That’s not a bid for flattery, it’s a statement of fact: I am actually getting old. Last month, I turned 38.

I am 38. That’s very hard for me to admit. I never expected to be embarrassed about my age, but somewhere after 30 I started hiding how old I was. I don’t include my birth year on anything unless required, never volunteer which birthday I’m celebrating. I’m sharing the truth now because I believe in honesty, and because I need to get over this. I try to be confident in who I am as an example for my daughters, and that includes throwing off my vanity about age.

Now, 38 may not exactly qualify as OLD; not unless you’re ready to start calling Angelina Jolie old (Yup, me and Ang, hanging out at the shuffleboard court). But it is objectively middle aged. It’s very, very close to 40, which is a big number.

I’ve hidden my age because I don’t feel 38. I’m not quite sure what it means to “feel 38,” but I suppose I expected to be a little further along by now; to be “together,” to have a better grasp on who I am and where I’m going. And I’m afraid that if I share my age with others, they’ll be disappointed when they find out how confused and insecure I still am.

I remember sitting in my childhood bedroom as a 17-year-old, listening to Stevie Nicks sing “Landslide” on the radio, and feeling time start to speed up. Before too long, I thought, I’ll be where the person in this song is, and I’ll really KNOW what she’s singing about. That was half a lifetime ago; I just heard “Landslide” again, and I feel exactly NO different from that 17-year-old.

Time makes you bolder, children get older, I’m getting older, too.

That applies to my teeth, obviously. Also to my body as a whole; barring a major act of God, Abigail will be our last child. That’s not only because four children is a lot (although it is!), but also because this pregnancy was rough on me; my body has let me know that I’m done. And this year, suddenly friends my age are getting sick, really sick. They’re too young, and I’m praying that they all make it through. But it’s a fact that illness and infirmity are going to strike more of our friends — and us, too — in the years ahead.

So I’m choosing to embrace middle age as a new normal: to accept the limitations of aging, and to continue to grab the joys that are always present at every stage of life. That’s what I’ll be trying to do this year, and in the years to come.