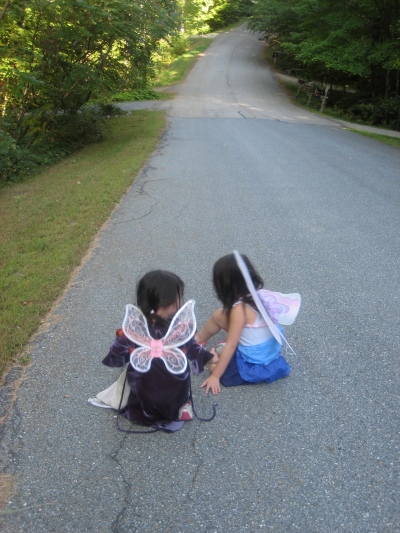 Because it was highly recommended to me by several respected friends, I’ve finally gotten around to reading Wendell Berry’s novel Jayber Crow. I tend to be suspicious of things that come highly recommended, but this turned out to be a phenomenal book: a beautiful portrait of a man, a community, agriculture, religion, and life in general.

I’m glad I didn’t read it until I moved to Vermont. Berry set Jayber Crow in Port William, a small town in Kentucky during the mid-20th-century, but in many ways he could be describing my own small town in Vermont today. For instance, there’s this sentence about halfway through the book that I probably wouldn’t have noticed until this past year:

“Like, I think, most of the people in Port William, Roy lived too hard up against mystery to be without religion.”

Roy is a very minor character, and this sentence is tossed off in a tangential plotline, but it nearly smacked me with its truth.

The story leaves vague exactly what Wendell Berry meant when he wrote that “Roy lived too hard up against mystery.” He might be talking about agriculture; the character of Roy in Jayber Crow is a farmer. It’s hard to escape mystery when you live in a town where agriculture and nature are still closely intertwined with daily life. I’m not sure how you can watch a chick hatch, or a field of corn push up through the earth, and not feel it in your heart. To be a farmer, it seems, you’ve got to have faith in something — if only that the eggs will hatch and the seeds sown will push up. And to be a farmer, you have to come to some understanding with death; it’s a fact that everything you sow and grow will die eventually, either by your own hand or someone else’s. I’m not a farmer, but I do raise chickens and plants, I live in close proximity to farms and have friends who are farmers — and I’ve been changed by a year of watching these mysterious cycles of life and death unfold.

But I think agriculture is only part of it: every person has these same mysterious cycles of life and death, joy and grief, weaving in and out of their lives. This is true no matter where you live, but living in a small town makes it easier to see. When there are fewer people to know, you get to know them better. You learn their stories.

Last month, NPR aired an interview with the band The Avett Brothers, during which Seth Avett said, “The older you get…in some ways you’re just biding your time between tragedies.” The mystery that comes with small town life is that you KNOW about the tragedies, and you also get to SEE, close up, people biding their time between the tragedies — and not just biding their time, but LIVING, carrying on. How most people are able to continue with life is a great mystery. Some days, I feel like I’m surrounded by unsung heroes.

At our church, we sometimes sing a song called “Glory be to God.” (You can listen to a version of it here). It was a new song for me when we moved to Vermont, and it’s just pure praise. The other Sunday, we sang “Glory be to God” again. Standing where I was, I could see in my peripheral vision people who had recently suffered unimaginable loss, people who were struggling with mental illness, people who had escaped dangerous situations, single parents trying to raise their children through heartache, people who had no idea what their next step in life would be. And ALL THESE PEOPLE stood there, singing “Glory be to God…Forever and ever!”

Talk about mystery; it was almost too much for me — my heart felt like it was in a tug of war between joy and sorrow. What I saw that Sunday was my vision of heaven: not perfect cherubim flitting around playing their harps, but broken, hurting, totally IMperfect people standing up together and singing “Glory be to God.”

Now, here’s the thing: this doesn’t just happen in small towns. It happens everywhere. It was happening in my previous churches, but I didn’t notice it as much because those churches were large, so I didn’t really know people’s stories. Also, the people who went to these churches were mostly young, which meant that they looked like they had it all together, or they hadn’t yet lived enough to accumulate an impressive series of tragedies.

This doesn’t just happen in places of worship, either; you don’t have to go to church (or mosque, or synagogue) to experience this kind of mystery. The  people around us are singing with their lives every day. Maybe, in larger towns, it’s easier to hide your tragedies, keep your story private, and give the appearance of everything being okay. But everything is never okay. Like I said, it’s just that small towns make this easier to see.

I wish that everybody could experience what I did in church that day, that little vision of heaven.  It took living in a small town for me to see the mysterious pain, love, grace, strength, and redemption everywhere, in nature and in people. But we all live “hard up against mystery,” it just might require more attention — eyes and ears and hearts a little more open — to notice it in the suburbs.

According to Wendell Berry, once you’ve lived “hard up against mystery,” it’s hard to avoid religion. Do with that word what you will; I mean it as “faith in something outside yourself.” Whatever it is that keeps chicks hatching, corn sprouting, and people surviving, it’s certainly not me. It’s a mystery — and most of us, I think, are detectives, spending our lives gathering clues, trying to get closer to figuring out whodunnit.