One of the many delightful facts of Vermont life is that it tends to be uncrowded. Traffic-free. Line-free. As of the 2010 U.S. Census, Vermont’s population was 625,741, which made it the 49th most populous state…out of 50 states. That’s right: only Wyoming has fewer people.

Of course, Vermont is also a small state, in terms of land area. Even so, it’s the 30th state on the list for population density, with 67.7 inhabitants per square mile. Compare that to our two previous states of residence: New York has 412.3 inhabitants/sq. mile, and California has 241.7. Addison County, where we live, has a population density of 48 people/sq. mile, putting it below the state average.

So, you’d expect that there wouldn’t be much competition for resources around here. And there isn’t. Usually you can stroll into any restaurant and find a table, go to the grocery store and breeze through the checkout line, drive into town and barely have to stop. BUT I’ve learned that there are a few special circumstances in our small town when you’d better line up in advance. I pass these along as a public service to anybody who might one day decide to increase our population density:

1. Preschool Registration. First, let me be clear that compared to New York City or the Bay Area, where you need to get your child on a preschool waiting list immediately after birth, the preschool situation in Vermont is a walk in the woods. And by “walk in the woods,” I mean that you need to leave early and bring plenty of water and snacks.

By my count, there are approximately five preschools (or childcare centers that serve preschool-aged children) serving our town — and all other towns within a 20-mile radius. I don’t have exact figures on how many three- and four-year-old  children live in this area, but there are a lot of families with young children. Last year, when we found out we’d be moving to Vermont and I started calling preschools in February for the following academic year, I thought that I might be overreacting, falling  back on my “big city ways.” But now I know that my timing was about right: you get your child onto preschool waiting lists in late winter/early spring. Granted, if you do this, you’ll likely get a spot somewhere. And granted, the cost of preschool here is about 1/3 what it was in Berkeley. But I was still a little surprised that I couldn’t just stroll into a preschool on the first day and drop off my child. 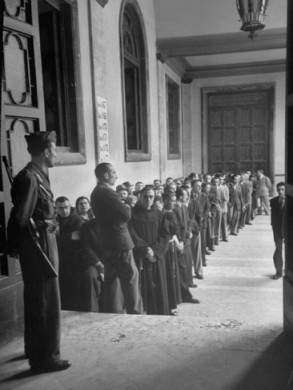 2. Finding a Doctor. This was more surprising to me than the need for early preschool registration: every primary care practice in this county is currently closed to new patients. Thankfully, our family was able to duck through the door as it was closing — I think we were the last patients to be accepted at our family practice.

As with preschool, this is a problem of supply and demand: although the hospital in our town is a major employer for the area (second only to the college), it’s also the only hospital in our county. According to a recent article in the Addison County Independent, this means that there are 40 primary care doctors in 10 practices sprinkled throughout the county, and in 2011 they had to accommodate over 87,000 patient visits.

Thankfully, things are about to improve; according to the same article in the Independent, seven new doctors are set to arrive in town and cure the doctor shortage. If you’re a doctor looking to move to  small-town Vermont, come on over!

3. Sitting on Santa’s Lap. Each December, Santa Claus rides a fire engine into town and disembarks at the Middlebury Community House, across from the town green. There he reigns for a couple of hours, submitting to lap-sitters and camera flashes. The line in front of the Community House rivals that at Macy’s Herald Square. We didn’t even attempt to visit Santa this year, because a) our girls had no interest, and b) we were happy that they had no interest. Hopefully things will stay that way.

Lining up early is actually a good idea for all of the seasonal activities that occur on or around the town green. In addition to Santa, these include the Spooktacular in October (when all the kids in town parade down Main Street in their costumes and the stores give out treats) and the Festival on the Green in July (an outdoor summer performance series with fun Brown Bag Lunch programs for kids).

4. Gymnastics Registration. I still experience some post-trumatic stress when writing about gymnastics registration. Our town’s Parks and Recreation Department offers gymnastics classes to children ages 3 and older in the fall, spring, and summer. For some reason, registration for these classes is held at the town gym on a single evening prior to each new session, between the hours of 5:30-7:30 PM.

Fiona had been begging to take gymnastics when we moved to Vermont, so last fall I went to the evening registration session. Not suspecting that gymnastics classes would arouse a town-wide mania, I arrived at exactly 5:30 PM. I strolled calmly into the town gym…and froze. The line stretched the width of the basketball court and out the door. I followed the line down the hallway, through another set of doors, and out onto the sidewalk. As I stood there for 30 minutes, only to put Fiona on the lengthy waiting list, all I could think was: “I have failed my child.”

The good news is that Fiona made it off the waiting list and had a wonderful time in fall gymnastics. But I’m still shocked that gymnastics classes in our town need to be handled with the same amount of pre-planning required to nab Justin Beiber tickets. If you want your child to take gymnastics in Middlebury, DO NOT LET THIS HAPPEN TO YOU. When spring gymnastics registration rolled around, I bundled the girls into the stroller with books and snacks, and we queued up 30 minutes early.

5. The Middlebury Volunteer Fire Department Annual Ham Supper. Like most towns in our area, Middlebury depends upon a force of volunteer firefighters. This means that, whenever there’s an emergency, the first thing you see are assorted pick-up trucks, SUVs, and cars rigged up with flashing lights speeding towards the fire station; a few minutes later, the actual fire engines will head off to the rescue. I suppose some time is lost in the process, but there’s a quaint neighborliness to the whole production.

Each spring, the Middlebury Volunteer Fire Department holds their annual fundraiser: a ham supper at the Waybury Inn. Purchasing a ticket will get you all the baked ham, scalloped potatoes, mac & cheese, dinner rolls, cake – oh, and salad — that you can eat. We purchased tickets to this year’s ham supper because it’s a great cause (and maybe also because the tickets were being sold by Erick’s department chair, who moonlights as a firefighter). The supper was from 5-8 PM. We arrived shortly after 5, and, while not quite at the level of gymnastics registration, both dining rooms were already filled and the line was out the door. And here’s the strange thing: we live in a small town, right? For the 30 minutes or so that we were at the ham supper, we saw absolutely NOBODY we know. The last time this happened was on the day that we moved here. So, I can only conclude that there must be an inter-town community of ham supper-goers, who travel around to all of the area’s ham suppers (of which there are quite a few). Kind of like Deadheads. 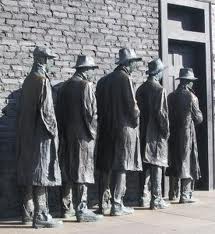 So, there you have it: all of my insider tips for keeping life in Middlebury as stress-free as possible. You’re welcome.