We got our Christmas tree on Sunday. In keeping with our new life in Vermont, in which we now drive a matter of minutes to do what we used to drive at least an hour for (i.e. apple orchards, pumpkin patches, dairy farms), we drove up the road to Werner’s Christmas Tree Farm. The Werner family not only has trees on their farm, they also have an assortment of poultry… 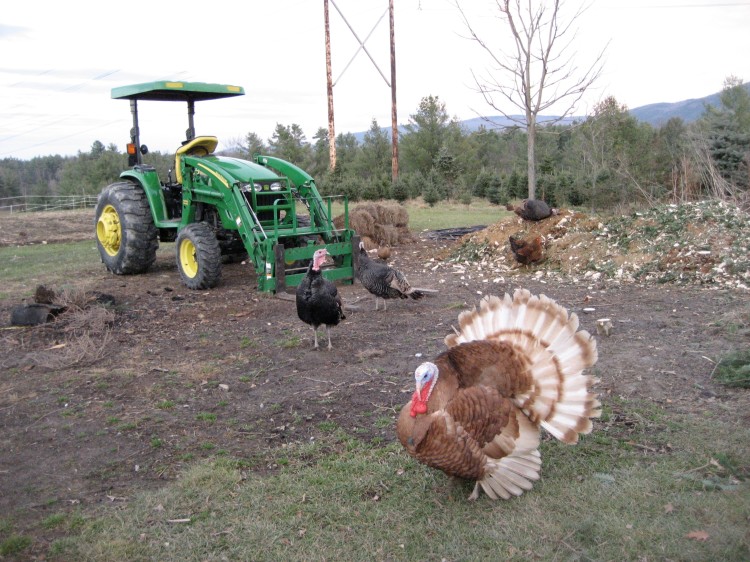 …and a couple of horses.

Even with these distractions — not to mention the model train — it didn’t take us long to select an acceptable tree.

We took it home, we got it up with a minimum of angst (Erick might differ with me there), and then the whirlwind Gong girls took over with the decorating!

Erick thinks we should take more pictures of Georgia so that she won’t feel neglected later on, so here’s one to prove that, in fact, she did not pull the tree over on herself in the photo above. 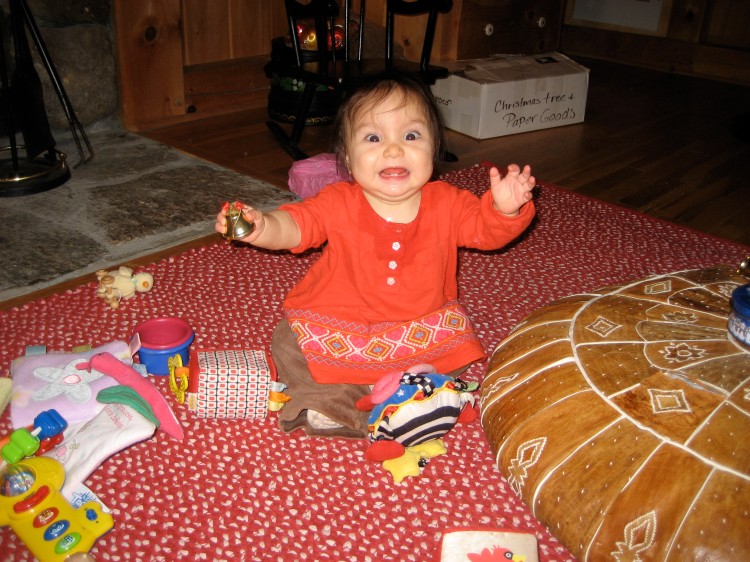 See? Happy baby! (Really, that is her happy face).

When the dust settled, we stepped back and realized that this house was absolutely made for Christmas.

Which brings me to the bush. Of course, when you move into a new house, you also inherit all the landscaping. Here is the bush in question right when we moved in:

It looks okay there, but the thing is, it grows pretty fast and starts getting into the front decking, which meant that I had to spend significant time this summer pruning it. And what you don’t see in this photo are the SHARP thorns that line every branch. I’m talking pierce-through-your-gardening-gloves sharp. By summer’s end, I was about ready to dig up the whole thing. And I really would have, but then in the autumn, it suddenly did this:

That photo doesn’t quite capture the brilliant purplish-red that the bush turned. “Okay bush,” I said to myself (Or maybe I was actually talking to the bush. What? Don’t judge!), “I’ll give you another chance. But if you don’t shape up after those pretty leaves are down, you’re outta here!”

And here’s what it did next:

As you can see, the thorns are still there, but get a load of those brilliant red berries. It’s the only splash of color outside right now, and it’s just spectacular.

Why am I going on about this bush? Well, for starters, if you take another look at our Christmas home, you’ll see that I’ve found an indoor use for some of its trimmings: 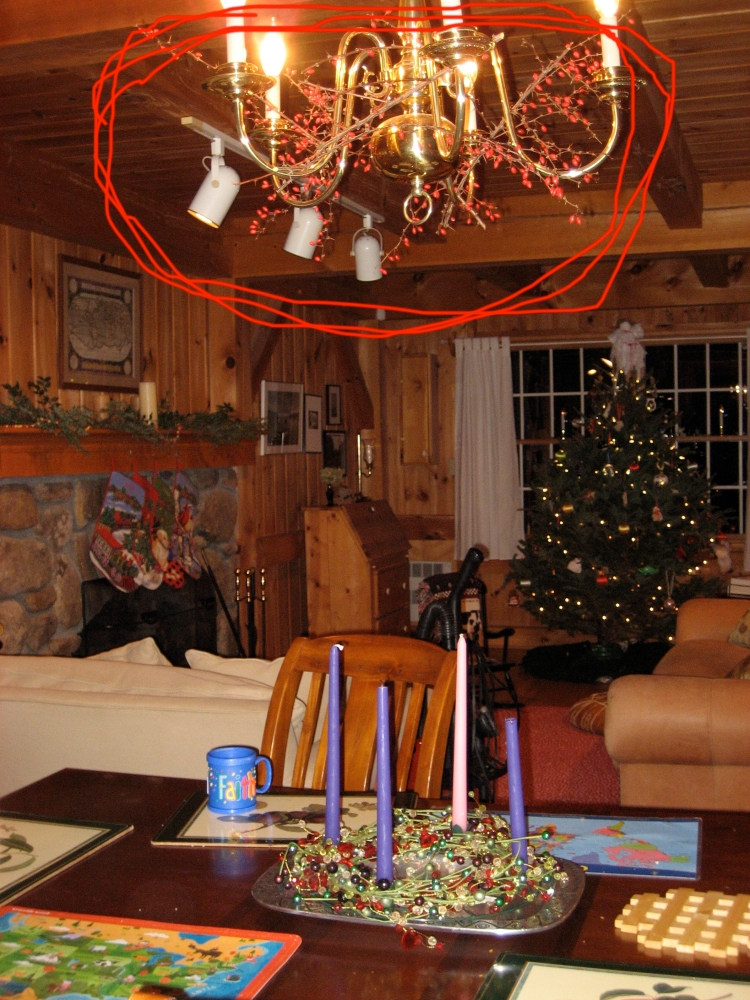 I hope that these branches will deck our house for many months to come — at least until Easter.

I’m so glad that I gave this bush a little time — and by the way, I’ve just discovered that it’s officially called a “Barberry bush.” The fact that it went from being a hated piece of our garden to surprising us with its late-season beauty seems like such a fitting part of this season of expectant waiting and hope. Draw whatever allegories you like between this and the human condition, the spiritual journey, whatever — I’m not going to preach at you. Except to say that if there’s only one thing I’ve learned from our Barberry bush, it’s to give all your plants at least one full growing season before you decide to uproot them. I think that’s true of people, too.