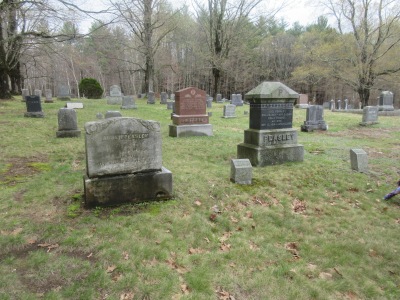 Like so many Americans, my children are made up of an improbable blend of stories from all over the world. They are the offspring of fortune-seekers who traveled back and forth between China and the West Coast for a century before settling in California in the mid-1900s, of Italians who arrived in the early 1900s to work in the shoe factories of Lawrence, Massachusetts, and of Scotch-English pilgrims who came in the 1600s seeking land and religious freedom.

It’s that last group – the colonial WASPs – who receive the least amount of attention in the ancestry narratives I tell my children. To begin with, those people came over so long ago, before the United States was even united; their stories have been swallowed by the mists of time, obscured by the constantly dividing branches of a family tree filled with Elizabeths and Johns. Not only that, but during this time when multiculturalism is being (quite rightly) celebrated, colonial Anglo-Saxon culture just seems a whole lot less interesting than Chinese or Italian heritage.

About a year ago, I realized that career opportunities and family affections had relocated both my parents and me to within a few hours of where our family’s American story started. Since my two oldest daughters are studying early American history this year, the timing seemed right to take an “ancestry outing.”  Which is why, in early May, I set out early one morning with my parents and four daughters on the 100-mile drive to Washington, New Hampshire, the location of nearly 200 years of Peasley family history.

© FAITH GONG and THE PICKLE PATCH, 2011-2020. Unauthorized use and/or duplication of this material without express and written permission from the author is strictly prohibited. Excerpts and links may be used, provided that full and clear credit is given to FAITH GONG and THE PICKLE PATCH with appropriate and specific direction to the original content.
Loading Comments...
Comment
×
%d bloggers like this: